We got up early (ish) to take a bus to Bacau. Dili was pretty quiet at this time compared to the rush hour the day before so we were able to cross the road with our backpacks on without getting ourselves killed. A short walk later and we hit the back of the line of buses for Baucau and were hussled by touts.

We got onto the next available bus which only had a couple of seats left so we figured it would depart soon. 30 minutes later we left, bus drivers rev their engines like they are about to go in an attempt to drum up more business. When guys who have paid to hang out the doors jumped on we thought we were sure to go, it was another 10 minutes before we finally departed – another 10 people jumped on to the roof getting a cheaper ride. That we figured is the cue that we really are going. It was only $4 but it took 4 and ¼ hours to travel 123km. The roads aren’t as bad as you might expect and there is seal as far as Baucau at least but there are lots of very bumpy and slow patches where the potholes can swallow small children, and places where there is no seal or the edge of the road has crumbled away. 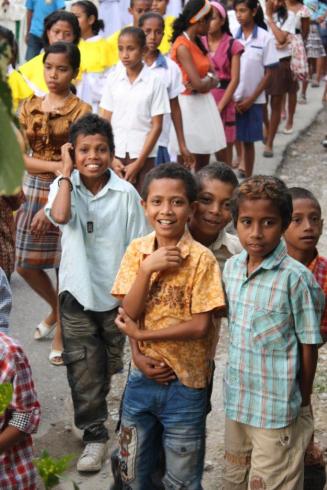 The bus wasn’t too bad- the doors were open so we got a breeze but the tint on the top of the windows and our height compared to the locals meant we could see very little of the scenery we passed. The music however, was really really loud- and varied from Bryan Adams to Indonesian rock, the most memorable was Michael Jackson’s save the world – our ears are still ringing!

Baucau is East Timor’s second largest city and has an old town and new town. Of course we wanted to stay in the old town as this is where the Portugese architecture is so after a bit of confusion which involved us getting off the bus with everything then back on it we got dropped off in the area we were looking to stay. People here dont see malai (foreigners) getting on public transport much (they assume we are UN or NGO staff) so we were a bit of a novelty but people are very friendly and helpful, even if they don’t really know what being a tourist means. We found a nice guesthouse with a view out to sea and enjoyed the relative peace before freshening up for lunch.

Baucau Old Town is a really green place and is pretty with red rooftops and brightly painted walls. It is much cooler here. W had lunch at a restaurant where you can sit out and look over the old town towards the sea. They have a pet monkey tied by a chain to a concrete block as entertainment.

As we left the restaurant there was a huge gathering of people up the street , with hundreds of children organised themselves into lines – we were wondering what was happening, then we bumped into the priest (he’ll be a missionary as he was white and was clearly 1st language English) and he told us it was in celebration for St Antonio who is the patron saint of the parish and that there would be a procession of the statue. Many children’s smiles later we had watched the procession head past us down the street. Wanting some aerial shots of the scale of it all we jumped on the back of a large flatbed truck much to the entertainment of the driver and took some more photos before heading back. The combination of our appearance and our boisterous behaviour gave everyone some laughs. 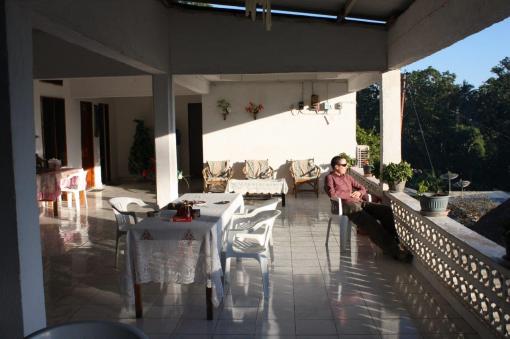 After a dust down we took a few more photos as the daylight diappeared – which it does very quickly here after sunset and had a bit of a break before heading to dinner at a cute little place in the old town for the standard chicken and rice fare.

Taking torches through the pitch black dodging trucks with no headlights we made our way back to our accommodation for the night very happy with our day. 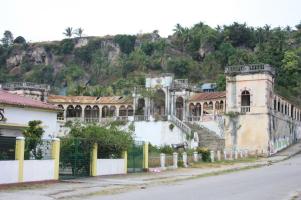 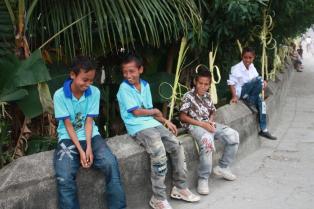 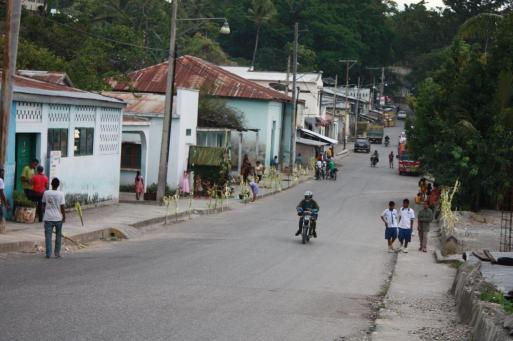 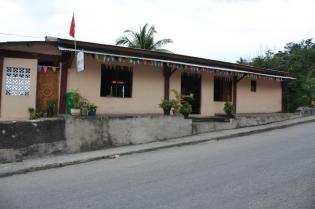 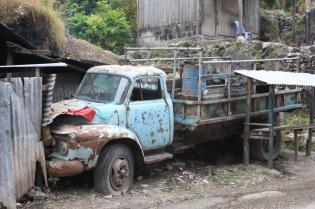 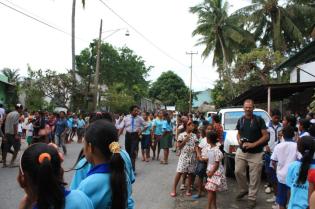 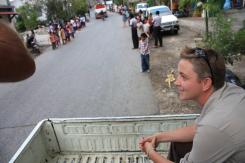 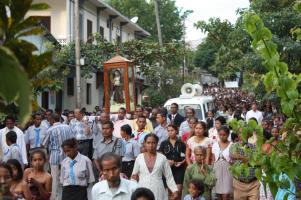 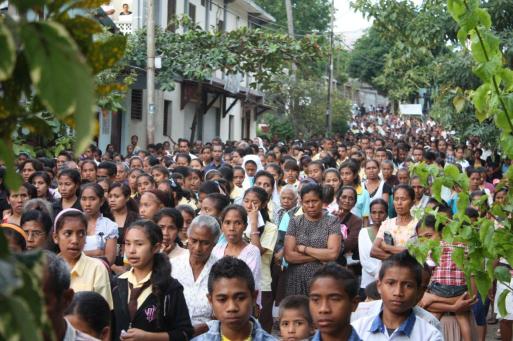 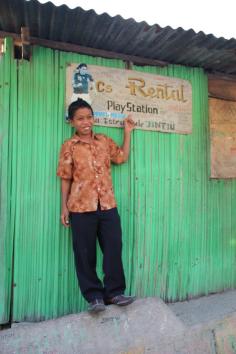 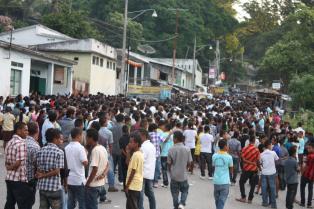