Thursday is the big market day in Baucau so of course we headed there. The market was pretty chaotic, with heaps of buses and mikrolets blocking the road with the roofs loaded right up. Mainly it was veg, flour and grains and kitchen stuff, with shops in tin shacks lining the adjoining streets. 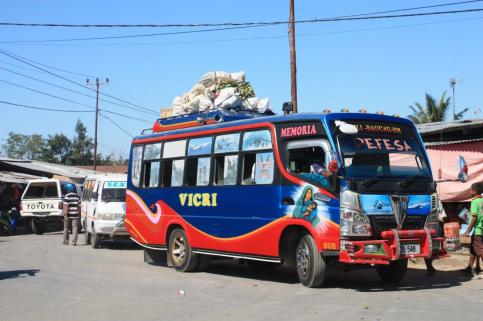 Emma bumped into the local crazy man (he really was, Victor showed his photo to a local later that day and that is what he told us). The crazy man asked Emma if she was a girl. It took a while to work out what he was saying, the gesture he was making was an upside down ok, and he had Emma checking her fly and looking at her belly button before she realised that he was asking her if she had a ‘hole’! He wanted to know so he asked, fair enough we thought.

Because they’re not used to tourists the stall holders were happy for us to take photos, they’re simply not jaded by tourists buying nothing and constantly sticking a camera in their face. Lucky us!

By midday it was hot and we’d finished exploring so we caught a mikrolet back to near
where we were staying, found a reasonable shop and bought a picnic lunch, heading back to hang on the balcony of our accommodation to eat it.

Baucau is on a hill so after lunch we got our gear and walked to the roundabout where the mikrolets run and flagged one to take us down to Osolata, a village by the beach. It was a slow ride cramped into the mikrolet and of course the music was blaring. Victor talked his way into the front passenger seat so he didn’t have to stoop and could actually see out.

There was some confusion as to where we should be dropped, but we found some students that could speak English and they told the driver where the guest house was. A lot of people can speak a few words of English, particularly kids as it is taught in schools. The two guys who were the sons of the family that own the guesthouse could speak quite a lot of English. We had a choice, we could stay in the guesthouse which was part of their home, or for the same price (US$20 each) we could rent the beach house that they own. Place to ourselves, beach front, 3 bedrooms and 2 bathrooms, yes please.

Osolata is basically a fishing village, but because it is the nearest beach for Baucau, on the beach in this tiny village was a little bar manned by hospitality students who are being trained by an Australian NGO. The students spoke good English and amazingly the place offered diving. Victor is newly dive certified and for a very modest sum headed out with them.

We rigged a makeshift washing line in the sun and did all our laundry before heading out for a walk, following the track through the village and along the coast to the next beach. It was very picturesque, perfect deserted beach hemmed in by coconut trees. We passed some terraced rice paddies and a man making a dug out canoe. We came to a derelict colonial portugese building that was never finished being built. A local told us that someone was killed there and they abandoned it. It now has big trees growing through it. We followed the track until it started heading inland to a farm.

We returned and hung out in the village at the bar with the students, as guinea pigs for
English practice until Victor returned. We walked the other way along the beach as the sun set and had time to back up some photos using Victor’s computer before heading up to the guest house for dinner. They’d gone to the market just to get it for us. We sat outside and listened to the coconuts fall as the breeze picked up. 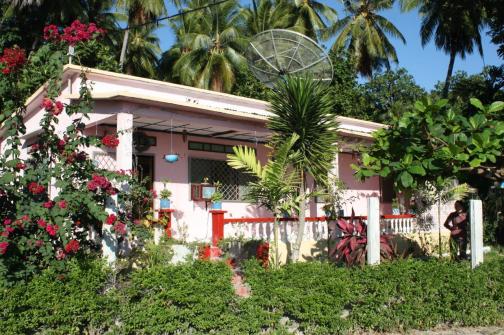 After dinner we talked with one of the sons who spoke good English. He told us that nothing grows in Dili so people from Dili travel out to Baucau to buy fruit and veg. Someone very important (we couldn’t understand who) fled Dili and hid at their house during the regional conflicts in 2006 and people turned up and kicked the door in. We also moaned to him about the lack of postcards here, we haven’t seen any so were telling him that it would be a great business venture for him. Then he told us he has some, an Australian teacher had got some printed and brought them with her and gave them to him to sell, so we actually did score one… At great expense. 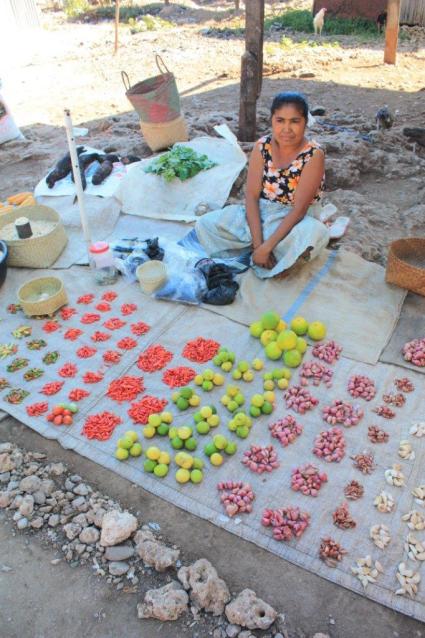 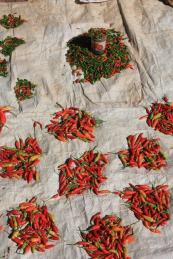 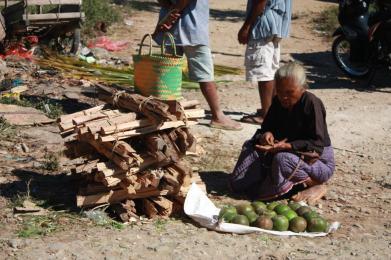 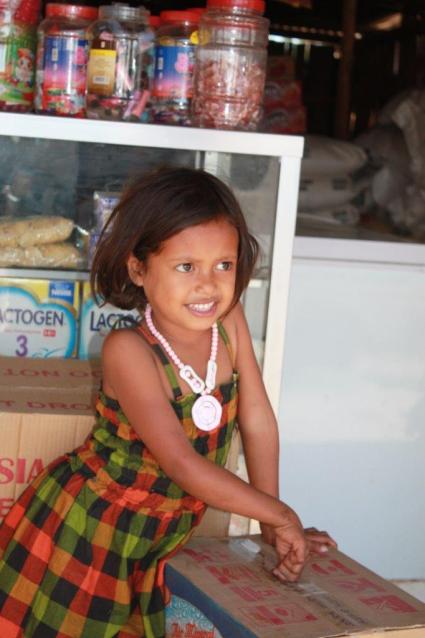 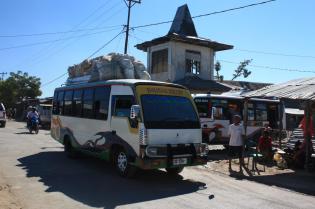 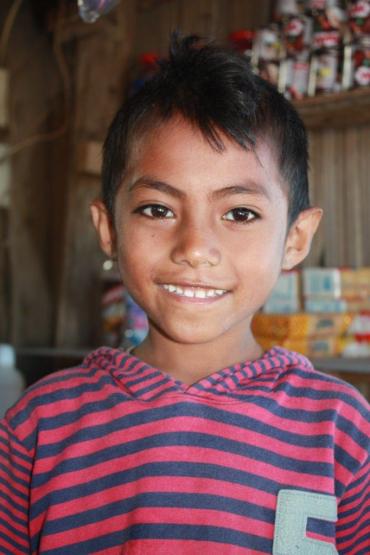 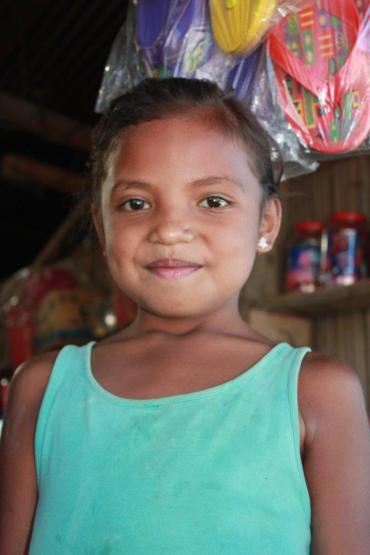 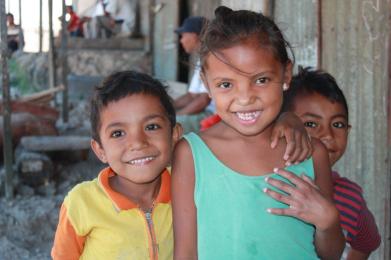 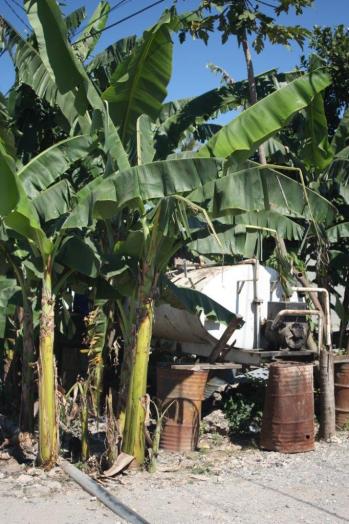 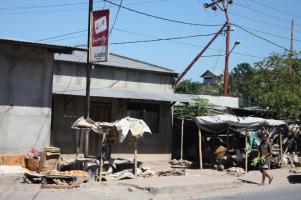 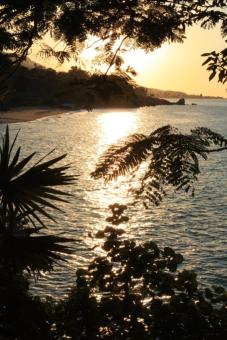 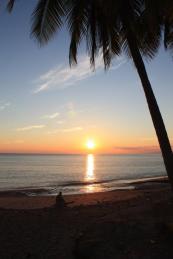 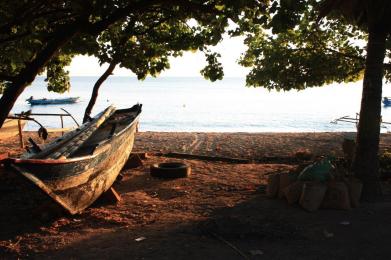 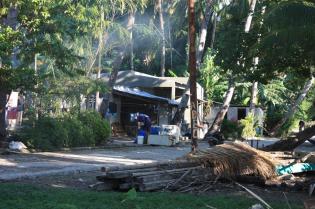 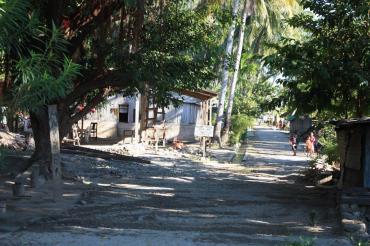 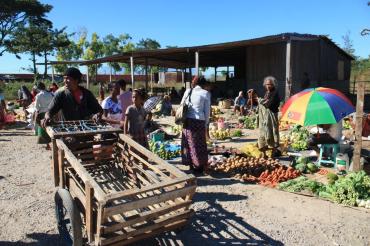