The crossing from Mendoza, Argentina to Vina del Mar, Chile only took 8 hours. It was amazing how different the mountains looked from the day before, as much of the lower level snow had melted and we could really see the different colours and layers in the mountains. They’re actually really colourful in a strange kind of way. 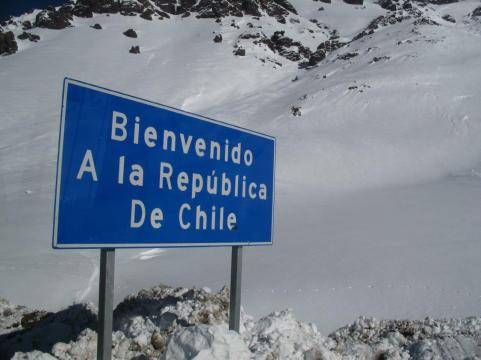 The border crossing took ages and was freezing, its a full on crossing which was surprising as you’d think that the 2 countries would be quite good friends. The only good thing was that both countries are in one building on the Chile side of the border so we only had to freeze once. There was lots of drugs dogs and we watched one poor guy get all his dirty washing pulled out in front of everyone after one of the dogs got very excited and started trying to hump his bag.

The switchbacks down from the border were something else. The first set were full of trucks queuing to cross, but the second set were even bigger. The photos say it all…

Arrived in Chile and got a bit too excited and didn’t listen when they called out the destination so we got off at Vina del Mar 8km from Valpariso (where we were going). Luckily it didn’t take us long to realise our mistake and we quite like Vina del Mar anyway 🙂 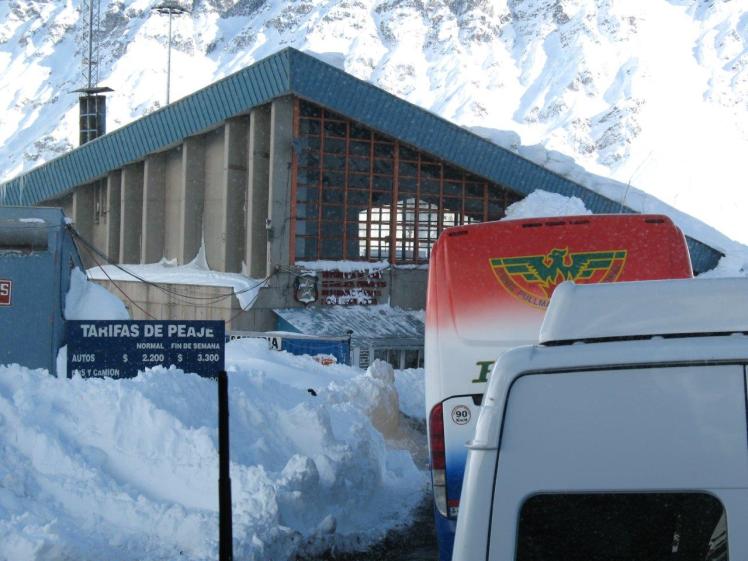 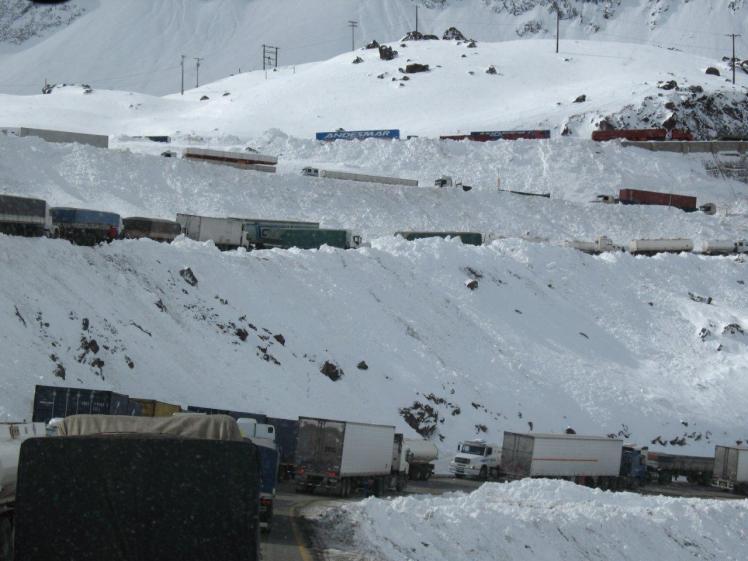 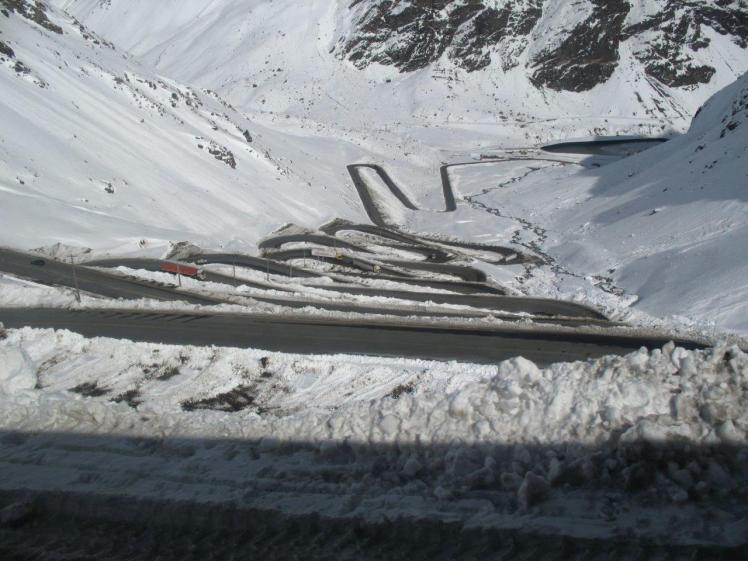