Having arrived at Vina del Mar unexpectedly we remained optimistic and decided to suss out some digs and base ourselves here. A tout approached us at the bus station and in my usual pessimistic style I (Emma) believed we were going to get ripped off but accommodation was on offer so we decided that we would take a look at the place and go from there. 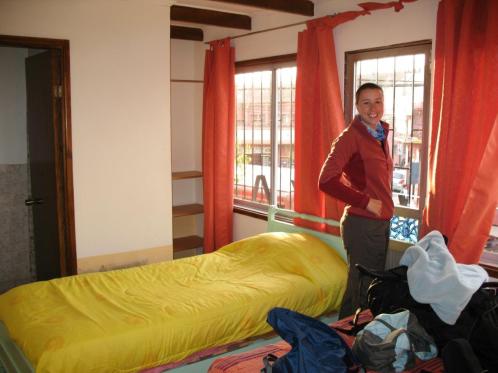 It turned out to be a nice room located near to the bus station, with a kitchen (= cheaper food). It was kind of apartment style with rooms and the shared kitchen but no owner/manager etc on site, so we decided to stay.

Vina del Mar is a town with palm lined avenues, quite clean and decorated by horse drawn carriages along the seafront – for tourists of course, and a pack of dogs who roam around the streets crapping everywhere and stopping the traffic. We also spotted some pelicans in the sea.

After a few hours exploring Vina we decided to take the metro to Valparaiso which is famous for its colourful buildings, elevators and bohemian lifestyle – sounded like our kind of place.

After having a quick look at the huge Naval Base across the port and getting a map from tourist information we headed off for the elevators and in search of some arty looking types.

The buildings really are bright and are in variable states of health – some really run down and some pristine. We wandered around the streets (and the dog poo) to try and find the elevators and get the typical Valpal views we were seeking.

Having lost our way a little we headed back down hill and found the elevator to Concepcion which offers brilliant views in the more well dressed area.

On our wandering we saw some girl scouts who were carrying crucifix shaped flag poles around with them and one group had a kiwi painted on theirs. We approached them and asked why they had a kiwi picture and we began a potted conversation about how each girl scout group had the name of a bird and theirs was kiwi. Marie then went on to educate them that Kiwis don’t fly and we managed to explain that they came out at night and that you hardly ever see them and that people who come from NZ are called kiwis. They were very amused by all of this – as were we, so we got a photo to remember them – they took one of us, probably to show their mates and laugh later.

Had some fun at our digs that evening when me and a family got locked out. The family had stuffed the lock and there was no way for us to get in. After much to do and Marie partially dismantling the lock with my leatherman (which she emptied the contents of my rucksack to find) from the inside we decided the only thing for it was to kick the door in, only the guy from the family tried to push it open on the glass with obvious results. It did mean that we could pass Marie a set of keys and just as we had given up trying and I was legging it to the bus station to find someone that ran the place Marie managed to get it open. All very exciting. 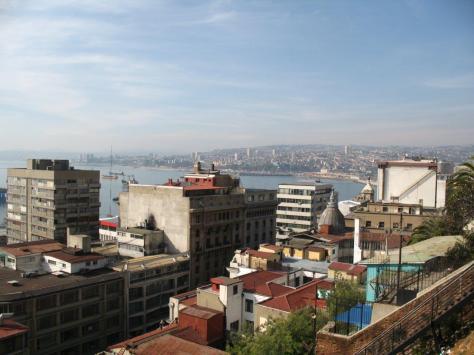 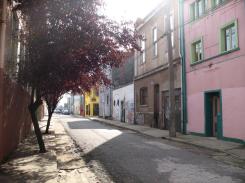