As transport leaves when full we’d been told to leave our Bishkek hostel at 8am for the Almaty (Kazakhstan) minibus to ensure we got seats and that it would likely go by 9:30. We didn’t quite buy into that so went a little later. The station was a much more civilised affair this time. We were early enough to watch 3 cases of scotch get hidden in a hole underneath the seats.

By 9am we were on the road. By 10am we were in Kazakhstan. Marie held up the Kyrgyzstan exit queue when the immigration officer couldn’t find her entry stamp (it is in there we made sure to check we’d been stamped as we entered) he processed her exit on the basis of Emma’s entry stamp and then Emma’s processing was delayed for some unknown reason. He didn’t seem very sure of NZ passports. We walked 100m and entered Kazakhstan very smoothly and efficiently. By 1:30pm we had arrived in Almaty. 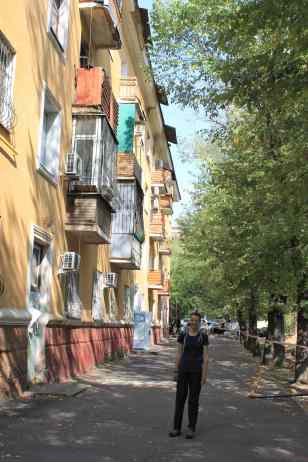 The landscape changed the moment we crossed the border. As the mountains surrounding Bishkek faded into the distance a vast brown quite flat landscape opened out in front of us. It was strangely nice (familiar?) to still see the occasional herd of horses. For a country known for its oil and gas we were surprised to pass by a small wind farm. It was hard at work utilising the equally famous Kazakh winds.

The road was smooth and fast. It was somehow calming to stare out the window, hypnotic or relaxing maybe, and it made us realise how physically hard the roads we’ve been on have been.

Almaty has a deep and interesting history; it was founded in 1854 as a Russian frontier fort on the site of an old Silk Road oasis called Almatu. In 1927 it became the became the capital called Alma-Ata (Father of Apples). Growth boomed with the arrival of the railway and then with WWII when factories in the Western USSR (which was under threat from the Nazis) were relocated there. In 1991 the USSR was pronounced dead at a meeting in Almaty and the 5 Stans became independent states. Then to top it off Almaty ceased being Kazakhstan’s capital in 1998 when it was shifted to Astana.

There were 3 other foreigners on the bus, a younger guy and an older guy had teamed up at the hostel as they both spoke German and the older one had stayed in Almaty for a while before going to Bishkek. An older American guy travelling on his own could speak Russian. We checked in with each other when we got off the bus and we’d each booked different hostels. 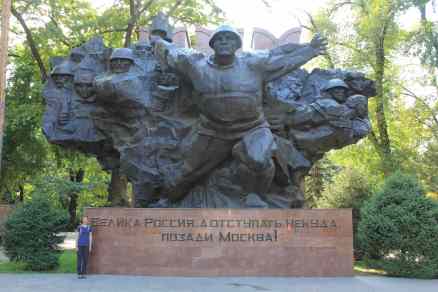 The bus station was off our map, we knew down which road, but it was about 6km to our hostel. We asked the price from a taxi tout and he wanted 2,000 Tenge, approx $10NZ. We have no issue with a $10 cab ride but we do have an issue paying what we knew was 4 times the price it should be. We declined. We knew we were on a main street and a bus ticket is 150 Tenge. Another taxi tout wanted to charge the American 3,000 Tenge (they knew what bus we’d got off and that we were fresh) we left him negotiating and the 4 of us headed off to the bus stop.

We got our first look at Almaty’s mountain backdrop on its south side and passed by its lake that has been made into a beach.

The older guy was adamant that people were friendly and would help us with the bus and sure enough waiting at the stop a young guy practiced his English on us and offered to tell us where we needed to get off. We shouted our goodbyes to the guys as we squeezed our way onto the packed bus. A young woman immediately started talking to Emma. Astana is currently hosting the world Expo and this is clearly a big thing in Kazakhstan. We were asked if we were here for that, we didn’t have the heart to give an honest reply and say the rest of the world has no idea they are hosting it.

Our helpful guy gave us the nod to get off at the next stop and we squeezed our way off. Turned out he was a bit premature and we could have rode another 500m to the next stop but it’s the first time we have had to walk far with the rucksacks on so we couldn’t complain. We checked twice more with people on the way that we were where we thought we were. We liked Almaty already.

Our hostel is pretty new, it has good reviews for being quiet, clean and helpful but is a slightly unusual set up in that the right side of the long building seems to be some kind of commercial offices, like a business centre maybe. Kazakhstan isn’t cheap so we’ve become more budget conscious. We couldn’t justify the cost increase for the cheapest room with private bathroom we could find so had chosen a place with only shared bathrooms since it was only for one night.

We headed out in the mid-afternoon to pack as much as we could into our day and a half here. We started off with the Russian Orthodox Cathedral, a completely timber building including the nails. There was a service taking place with some amazing singing (in Russian presumably), we followed it with a visit to the central mosque, but the call to prayer started just as we got there so we couldn’t go in. We explored parks and streets and walked through massive road works (like the road completely dug up, they seem to be doing it everywhere here), changed some US$, and bought a local SIM card for approx NZ$9.50 for 100 SMS, 12 GB and 100 minutes. A good barometer we thought of how much more expensive it is here compared to Kyrgyzstan. For dinner we found a really nice Italian, which was perfect as we’ve been craving pizza since travelling with the Italian guys in the Pamirs.

They also have a strong coffee culture with coffee shops and carts more common that the corner shop. We don’t drink coffee when we travel so haven’t had one since leaving Wellington and neither of us have missed it. We weren’t interested in trying it out, we don’t want to be disappointed!

The hostel was really quiet, the bed hard but comfy and the temperature nice. We both had the best night’s sleep we’ve had, possibly helped by being quite tired now. We took our time the next morning, we were shipping out of town on a night train so once we checked out of the room we had a lot of hours to fill.

When we checked out we headed in the opposite direction to the night before and walked to the Central State Museum. There is a plaza and monuments and a palace in the same area so we had a mooch around before going into the museum. The museum has the whole history of Kazakhstan starting with the dinosaurs (they have some awesome dinosaur bones!), we spent most of the afternoon there.

Next we headed to the cable car, it goes up to the top of a nearby hill providing city views and funfair type amusements as well as a mini (mainly bird) zoo. We had a late lunch/early dinner at one of the restaurants with a city view. The food was crap.

After we had to head back to the museum as we’d realised Emma had left the guidebook there but it was gone. Luckily we also have e-book copies on our tablets and it hasn’t been super helpful anyway, it is out of date and covers all of Central Asia so details are light. We also have already printed out maps of cities we know we are going to as we don’t like to navigate off the guidebook – nothing screams tourist more!

Almaty has a thriving bar/restaurant/nightclub scene. So we consoled ourselves for the loss of the guidebook at a nice bar before heading back to the hostel to collect our bags.

A few days before Emma left a brand new jumper in the car we took out from Song-Kul Lake so adding that to the towel she left in Khorog, this trip we are doing worse on losing things than we have on all of our other trips combined. Maybe it’s old age setting in?!

* Note: The blog post title is borrowed from a book of the same title. The author ended up visiting Kazakhstan after a stranger made a passing comment that apples come from Kazakhstan and it piqued his interest in a country he’d barely heard of. It’s also true, science proved in 2010 what they have long known here; that apples originate in Kazakhstan. 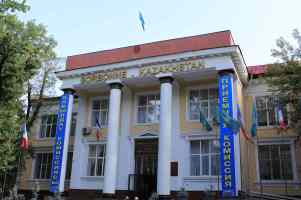 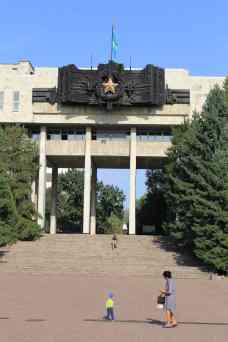 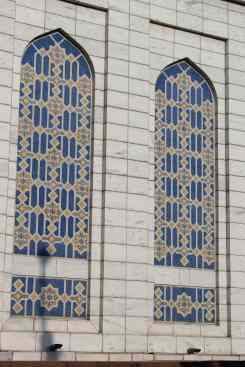 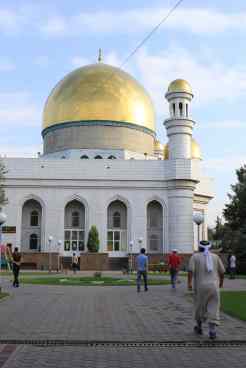 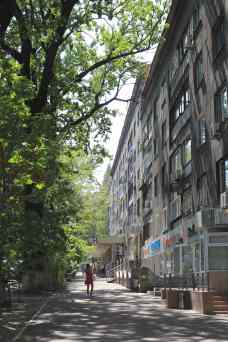 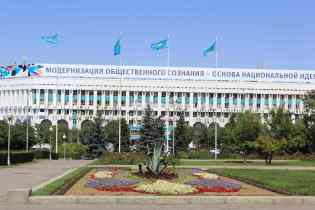 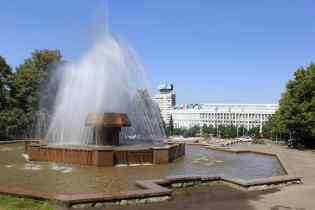 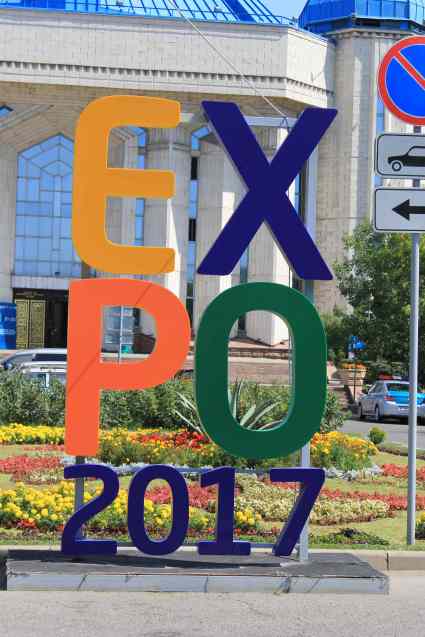