Before leaving Yazd we nipped out to a travel agents and bought bus tickets to Esfahan for the next morning. We wanted an early departure so as to try and do most of the travel before it got hot so wanted to get it organised rather than getting to the bus station earlier and sorting it out there. With rucksacks on we headed to the main street in front of the mosque as often taxis tout at the end. We’d used a few now and knew a couple that were good. We turned down the first guy that asked and went with and went with a young guy that is a student and drives between classes, who we’d met when we first arrived. We were heading to a village outside Yazd called Fahraj. We wanted to see what life is like outside of the towns and cities. Our driver didn’t go there often and didn’t have a price so using his per km rate we agreed a rough price. We was a really interesting guy and we had a great discussion on the way. 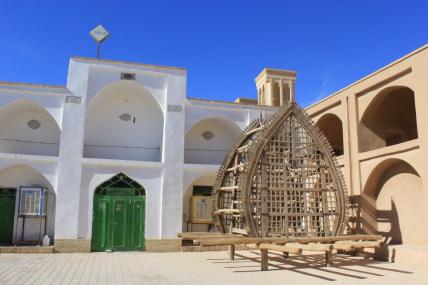 There is one guest house in the village and we had to ask the way there but found it easily enough. We arranged for our taxi driver to come back and collect us the next morning. Our room was down a few steps, it feels like being in a desert bunker, light comes in from a hole in the ceiling. We’ve got 5 beds in the room again, plus a table and some chairs. The bathroom has both a throne and a squat toilet and randomly a spa bath! Usually when you check in they copy down all of your visa details and record a bunch of info, but in this place they made us Oregano tea and a date shake and that was it.

The village is close to the desert proper i.e sand dunes, so we were keen to get out into it. Before we headed off to explore we asked if there was anyone who could take us and the woman at the guest house called someone and handed the phone over, we soon agreed we’d be picked up at 4pm and go out for sunset and also to watch the moon rise – it turned out it was the night of the super moon, and while we’d love to claim we’d planned it that way, we’d forgot so it was a happy coincidence. We passed on the option of having dinner in the desert for a hefty sum and organised with the guest house to have dinner there. 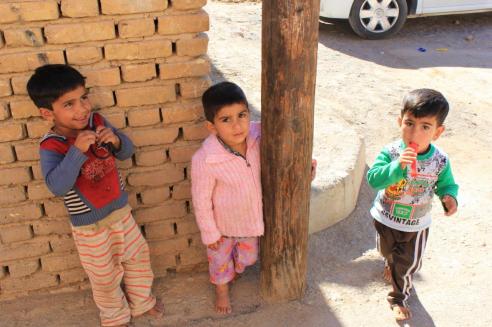 We headed out to explore the village, knowing that while we’d be out in the heat of the day it would be our only chance. Fahraj has the oldest purpose built mosque in Iran, which didn’t take us long to find in the area of mud brick buildings. We had a look at the agriculture on the on the outskirts of the village and had to cut across someone’s field when we got lost. It was hot so we shade hugged but it was a dry desert heat and bearable.

After spending a couple of hours chilling at the guesthouse our driver arrived to take us to the desert. He didn’t speak much English so it was a quiet ride. It took about 30 mins to get out to a good spot in the desert then when we’d found it he basically said off you go. We climbed the nearest big sand dune and hunkered down. At first we thought it was going to be rubbish but after the sun disappeared the colours just kept getting better. As the last of the sunset died off the moon rose. 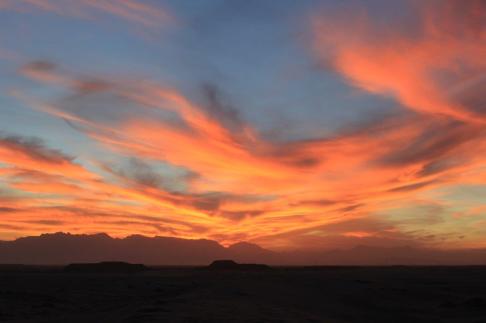 We appreciated the home cooked dinner and that our room didn’t have any mozzies as every night we’ve had a couple. Emma is like candy to a mozzie so she is sporting a fair number of cumulative bites so mozzie hunting before bed had been undertaken in earnest the night before. 4m ceilings made it a challenge but way was Emma going to be beat; she progressively took off every item of clothing to throw at them until she ended up standing practically naked on the bed with clothes in her hands and a wild look in her eye. Unconventional but a partial success as 2 out of 3 were killed. She gave up with number 3 but 5 minutes after getting into bed it buzzed her ear and all the lights were suddenly back and she was off again. It was midnight… 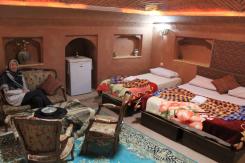 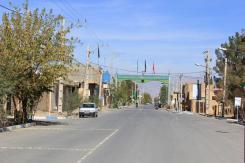 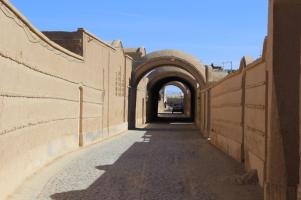 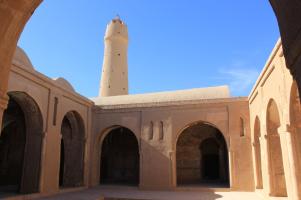