Shekawati region is a collection of countryside towns that are known for its painted havelis (traditional decorated residences). While they are now in an out of the way part of the countryside in the 14th century the towns were important trading posts on the caravan routes.

We were staying in Madawa in a heritage hotel that is a restored haveli. It was a hot 4 hour drive to get there so we waited until the worst of the afternoon heat had passed before venturing out to explore in the late afternoon.

We’d barely left the hotel before we were accosted by 2 young guys who insisted on accompanying us, they weren’t guides and said they weren’t after money but they just liked to talk to tourists. Initially we gave them heaps of ribbing, did they have a shop? an autorickshaw? etc. If they pointed anything out we were like, ‘ok yeah so how much is this costing us?’

Long story short we spent 2 hours with them exploring the village and some havelis which they explained all about to us and they did just take us to the tourist ones and into a free one where a local family lived. We had heaps of fun with them and gave them plenty of ribbing and they never asked for a single rupee. All we bought them was a dirt cheap milk tea (because they tell us that black tea is for the girls and milk tea is good for the boys…) from a local chai seller and that was only because we insisted we did. After tea they asked us if we wanted to eat at our hotel as their friend had a restaurant we could go and look at. We didn’t want to eat at the hotel so we were happy to go and look. It turned out it opened less than a month ago so they are building up business. It was on the rooftop of a haveli and was very nice with a great sunset view and reasonable prices so we were happy with it.

Basically we think that they just like chatting up women, they seem to collect the numbers and email addresses of women all over the world and one of them just had an endless stream of hilarious sayings like ‘old is gold and gold is never old’ apparently being 59 years old was too old for him though (he is 20). 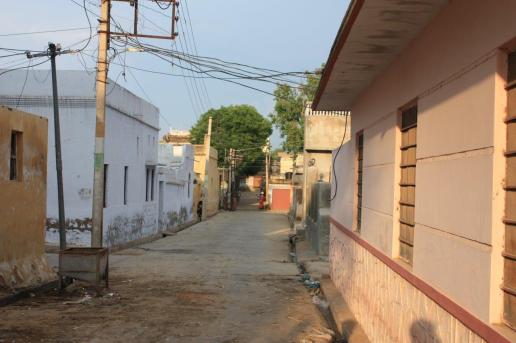 While out down a quiet street we saw our first wild snake. The guys spotted it first and were quick to squeal, luckily it was small so Marie wasn’t too bothered, it’s just made her slightly paranoid as she’d relaxed after surviving Burma without seeing one (more people die in Burma of snake bites than any other country in the world, we though this was due to poor medical facilities until we discovered there are over 80 poisonous snakes in Burma! In Malaysian Borneo there are only 8!)

While having dinner we watched a bull charge after 2 local women who promptly jumped up some steps. The waiter at the restaurant saw this and shook his head saying ‘dangerous’. It was the first time we’d seen one of the numerous free range cows/bulls getting grumpy. We decided to take care as we left in case it was still around. It was dark but we had torches and knew our way back as it is a small place. We passed by heaps of young bulls, giving them a wide berth (as best we could on the narrow streets) some looked agitated and even the locals were wary of them, particularly if they had to pass them. We had nearly got back to the hotel when we encountered a big one standing across the width of the street that really didn’t seem too happy.

As we moved to sneak past in front of it he moved forward and we jumped straight into the narrow open fronted shop we were next to, the shop keeper was like ‘quick get inside’ and we found ourselves standing among bags of flour at the back of the shop as another guy who was out the front of the shop also bailed in. It soon got scared off by someone so we thanked the shop keeper (he didn’t even try to sell us anything) ‘very dangerous’ they were all saying to us ‘yes, we noticed’ we replied. They were all bulls and they happen to have a lot of them there – youthfulness, being left to fend for yourself, not being treated well and narrow streets was, we think, was the combination. 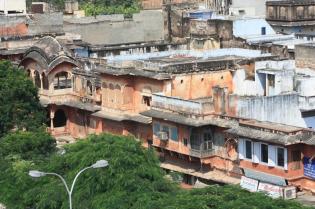 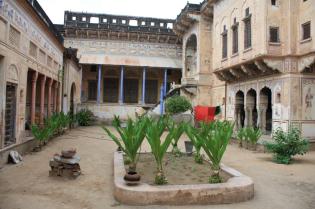 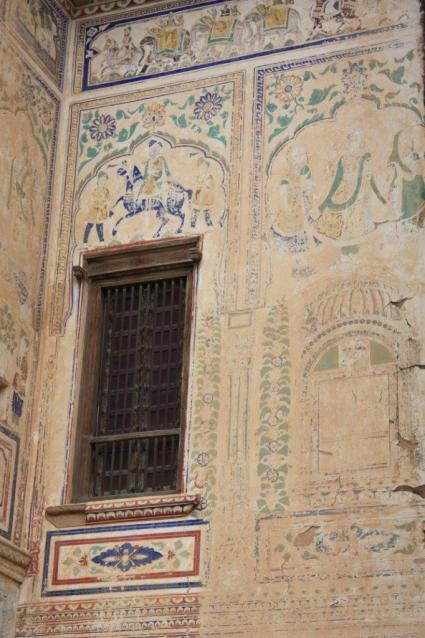 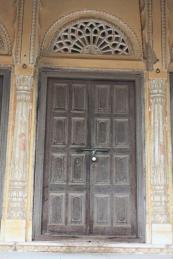 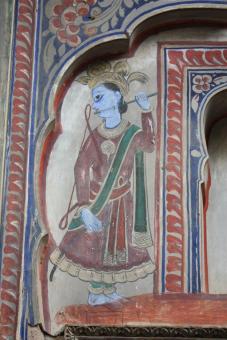