We went to Macas from Cuenca, but had to go back to Cuenca to get to the coast. So after getting back we stayed in Cuenca overnight, got up early and caught a 4 hour bus to Guayaquil then got straight onto another 4 hour bus to Puerto Lopez. Guayaquil’s bus terminal is massive, like an airport with multiple floors, shops, banks and even a supermarket. It’s a complete contrast to every other bus terminal in Ecuador, although it is the largest city. With more potholes and almost double the number of people standing as there was seats for the Puerto Lopez leg we were glad to arrive there. We found ourselves a nice enough place to stay over the road from the beach with a window looking out to sea and booked our tour for the next day to go whale watching for humpback whales (which is what we came all the way here to do). 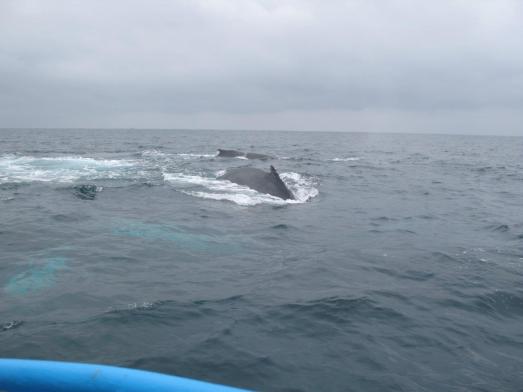 Our boat was a converted blue fishing boat with a plastic roof in case it rained (not one of the posh tour boats you see in the pictures) probably why it was so cheap, but the posh boats had loads of people on them, whereas we had a nice number and loads of room to move around. We left the beach just after 10am and we travelled out for about an hour and a half. Within five minutes someone spotted one, so we all took up our lookout positions and we were lucky enough to be able to sit out on the front of the boat. We followed the whale for a little while before losing it and then our boat driver took a mobile call and put the throttle down for a few minutes before easing back off when our lookout gave a signal.

Sure enough we spotted the back of a whale and shortly after we noticed another boat close by had found a whole pod! So of course we joined them and watched them turning, diving, rolling in the deep blue waters. At one point there were more than seven of these huge whales visible and they came very close  – like right next to it only 2 meters away and even underneath our little boat! One blew and it soaked us (it stank too). It was absolutely amazing. We stayed for a while mesmerised and headed back to shore very happy spotting Pelicans on the way. 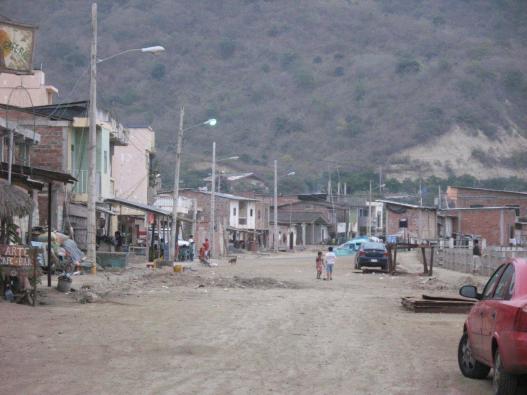 They were bloody difficult to photograph on a boat that was bobbing around on the open sea, they move fast and we have one crap camera and one that we have no idea when we’re taking a photo, but we got 1 or 2 pics, although some are a bit slanted 🙂

We spent the rest of the day walking and chilling on the beach before an early night as we have some long bus journeys ahead because we’re fast running out of time to spend in Ecuador. 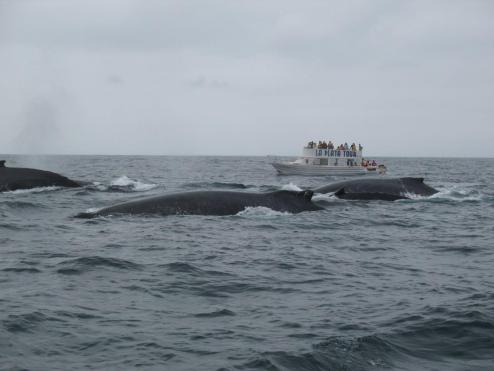 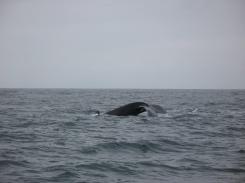 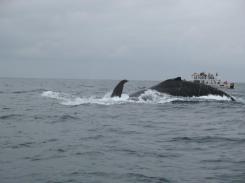 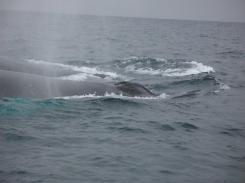 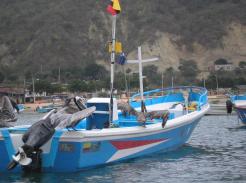 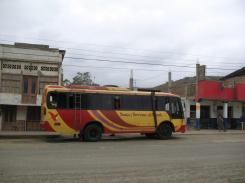