The journey from Puno to Arequipa only took 5 1/2 hours through the cool scenery of the Peruvian altiplano. You’d think that such a short amount of time would fly by, but the toilet on the bus was locked and we didn’t make a single toilet stop. When we finally arrived in Arequipa the whole bus piled off pretty quick!

Arequipa feels like we have entered civilisation for the first time in a long time; there are clothes shops, a supermarket and proper chemists, all with recognisable brands in pristine packaging. A policeman even stopped traffic to help Emma to cross the road! It’s also full of tourists, reminding us that we are firmly on the Peruvian gringo trail.

The first afternoon we spend getting our bearings, finding the essentials and assessing our options for a trip to Colca Canyon, we decided that even if we spent time and effort visiting the Canyon independently it will still be full of tourists, so when in touristy places we’re just going to go with it and save some time and money.

After picking which tour we were going to go with (or rather which tour company, since they all sell identical tours) we spent the next day exploring Arequipa properly. Arequipa is Peru’s second largest city (although it doesn’t feel that big), it’s flanked by 3 huge volcanoes and has experienced a volcanic eruption or earthquake every century since 1540. It’s famous for its grand colonial buildings, built from a light coloured (‘white’) volcanic stone that supposedly dazzles in the sun and of course is the jumping off point for Colca Canyon. We just spent the day walking round, there are surprisingly few tourists when you are away from the main plaza and nearby streets, we found the markets and bought loads of fruit and found a big park with only a few locals in it.

The next morning our tour bus picked us up and we spent the next 4 hours travelling to Chivay (the town in the start of the Canyon where we’d be spending the night) periodically stopping, getting out, taking photos and getting back in. Once there we were herded into a restaurant for a buffet lunch, which of course wasn’t included with the tour, we declined and found our way to the main plaza (its only a little town so it was like 5 minutes down the road) and found our own lunch for a fraction of the price. After lunch we were dropped off at the place we’d be staying and it turned out that most of our group had opted for the ‘basic’ option e.g. the cheapest, so most of us were together. That afternoon there was an optional extra trip to some hot springs 3km outside the town, but 5 of us declined (us, a Dutch couple and a Brazilian woman) and instead we hiked up to some ruins overlooking the town and spent the afternoon exploring the surrounding area, which was great fun.

That evening we were taken to another restaurant where there was a band playing traditional music, we’d agreed that we’d have one meal with the group and it was a fair price so we stayed. When part way through the night a traditionally dressed man and woman started dancing in the middle of the restaurant we knew we were descending into tourist hell and when one of the band members went round the whole room (there were probably about 90 tourists there) asking where people were from, faking excitement shouting it out and then we were all supposed to clap and be impressed, we knew we were actually in hell. Afterwards we went for a drink with a few of the others in our group and on the main plaza we found an Irish pub. They really do get everywhere!

The next morning we had to get up at just gone 5:30am in order to drive down the Canyon to see what the tour is really about, condors. We’ve seen numerous condors in the distance, but Colca Canyon is the best place to get up close and personal with them (in the early morning when the sun warms the air and they can use the morning breeze). We spent about 2 hours there, at first there were just 1 or 2 in the distance and we were beginning to think that it wasn’t going to be any better than we had seen before, but then they began to fly past us and more and more kept appearing, the most we counted was a dozen all at once. 3 landed on a rock right below one of the lookout points so after a while we headed there and were lucky enough to have one land and more soar over head. Oh and after categorically denying that it was we now know that some condors do have white on the top of their wings and that what flew past us in the canyon in Toro Toro National Park was in fact a condor and that remains our closest encounter.

The guide took us on a short hike before we started the journey back to Chivay, and on the way back we stopped at various viewpoints and villages. Once back in Chivay we were herded into another restaurant (we declined again), before the 3 hour journey back to Arequipa.

Tonight we’re heading to Cuzco, we’ll spend the day there tomorrow and then we have the train to Aguas Calientes booked so all being well we’ll visit Machu Picchu on Thursday. 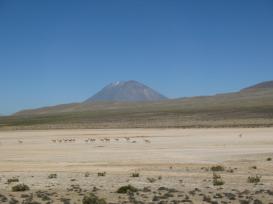 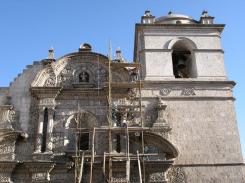 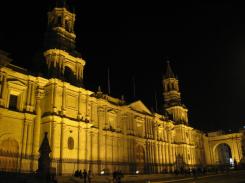 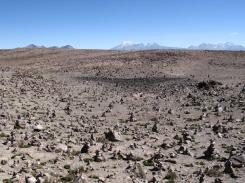 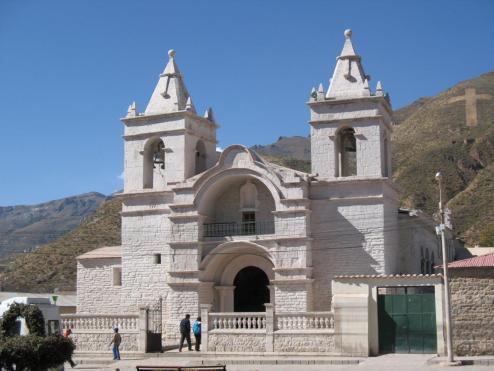 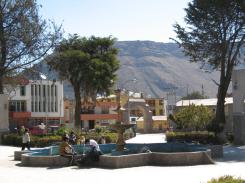 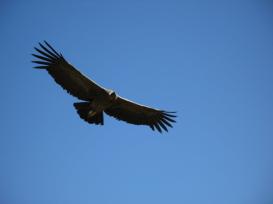 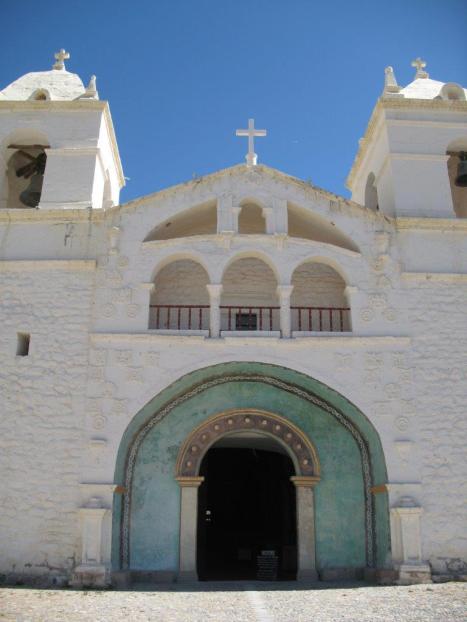