Just before we left NZ the people we’d organised our border pick up and trip to Islamabad with had contacted us to say they had 2 Dutch guys taking a car with driver on a 2 day journey up to Gilgit (the main city on the Karakoram Highway in the mountains) and did we want to share the cost. We’d been talking to them about hiring a 4WD and driver for a side trip from Gilgit so they knew on our rough thinking on dates were close to aligning. It’s a long journey up, even broken into 2 and the heat was going to make it tougher, so we accepted. The original plan was to depart the day after we got to Islamabad but the Dutch guys needed to delay a day and while keen to escape the heat there are few things to see in Islamabad, so we were pleased to have a full day to check it out and take it a little more slowly.

We wanted to get a few things for our road trips so headed first to a market. It wasn’t what we expected, it was more shops than market and a lot were selling food. We enjoyed a wander round anyway, got a data top up for our new SIM card and we discovered the tandoor ovens making bread for all the other shops, which made a delicious hot, fresh snack.

We googled another market and got another Uber there. Uber is how we got around the city. What is great about it for traveling is there is no 2 tier pricing system or negotiation involved (which inevitably starts massively inflated for foreigners) so you get a competitive local rate.

This time we’d found the type of market we wanted. It was full of dried fruit and nuts for our road trip supplies and a whole lot of other shops and stalls too. We enjoyed shopping around and spreading our custom, but it was getting hot so we didn’t hang around too long.

Next we’d decided to get a SIM card for a different network while we had chance. We were already on one of the better ones but even coming up to Islamabad we’d lost signal and they are so cheap we thought it better to have options. So we asked a local seller (that we can’t buy from) and he put the address into our phone of the nearest franchise.

It turned out not to be very specific and when the Uber dropped us off we asked around and it turned out we had something of a walk. Not entirely sure where we were headed walking was our only option as we needed to keep asking on the way. We took it slow in the heat, but that didn’t help us to sweat less. It might be monsoon time but we still haven’t seen rain with proper drops. Eventually we found it the franchise, a fabulous modern shop with seats and ice cold aircon, bliss.

We Ubered back to our hotel to drop our morning purchases off and to have a quick rest. Load shedding takes place during the day so aircon in hotels doesn’t work meaning you are reliant on a fan. Our hotel was only a couple of blocks from a big mall so we decided we’d check it out and soak up their aircon. It was big and modern and expensive, even by NZ standards. We explored all 5 levels and found the money changers which we needed to change some US$. Then as they’d given us massive notes we went into a bank and changed them for smaller more useful ones. Most excitingly though we also found a big proper supermarket. We spent a lot. Nothing we bought was useful. But we might not find by proper chocolate again!

Back to the hotel for another drop off and it was cool enough head out in the late afternoon to see some sights.

The Margalla hills sit behind the north side of the flat city maybe 0.5km away from where we we staying. Nestled at the foot is Islamabad’s most famous sight, the Shah Faisal Mosque.

One of Asia’s largest mosques it was designed by a Turkish architect blending ultramodern with traditional styles. So in contrast to the traditional domes found on most mosques Shah Faisal Mosque has sloping roofs and geometric designs that are modelled on a desert tent. Built between 1976 and 1986 most of its US$120m cost was a gift from Saudi King Faisal. Hence it’s name.

You know that as one of the largest it’s going to be big, and we’d caught glimpses of it down the street since we were not staying far away. But it wasn’t until we got close that we realised just how big it is. It’s an ‘oh wow!’

Its 4 minarets stand at 88m (a local legend says the CIA asked to inspect them fearing they were missiles in disguise). The main prayer hall and courtyard is said to hold around 100,000 people. It was pretty busy when we got there and while the sun was starting to get low and parts of the courtyard were now in shade the stone hadn’t cooled any, so with our soft feet we were forced to stick to the strips of white marble whenever we could. Even here in Islamabad we were stared at a lot and people were asking to have their photo taken with us. One family wanted to photograph us with their two little kids. At least these were walking. In Lahore Emma was literally handed a baby for a photo.

Not far away was our next stop. Daman-e-Koh is a hill lookout that provides views across the city. Our Uber driver had a car that was basically half broken and we bounced and belched our way up to it.

A popular spot it had a strip of stalls and paved paths out to the viewpoints which delivered what they said they would. The city is so green (partly thanks no doubt to monsoon rain), flat and expansive. Again it reinforced to us how different it is to Lahore.

Given we were up a hill on the outskirts of town getting an Uber back wasn’t likely to happen even if the app didn’t choose to have a meltdown at that point. There were plenty of taxi drivers at the busy parking lot. They quoted us 500 rupees to get back and protested our hotel was far away when we said no way were we paying that. We’d paid 200 to get from the mosque and our hotel wasn’t much further. They scoffed at the price we wanted to pay. One of the drivers followed us as we made our way around the parking lot and said something to others we approached who then quoted the same.

If no one would give us a fair price we decided on principle that we were going to walk all the way down the hill and pick up something at the bottom. We’re pretty sure someone would have offered us a lift if we had. In the event the last taxi to approach us as we were about to leave the parking lot started at 400 and when we said no 200 he said ok. A big happy smiley man we had a good laugh with him on the journey.

Our pig-headed attitude comes not just from a hate of being ripped off but we’re also conscious that as tourism is only just opening up here those that come first set what is acceptable and what isn’t. We expect to pay a good price that a slightly higher than the local price but we’re not accepting it when people take the p*ss.

Back at the hotel we ordered dinner. Both of our small basic hotels surprisingly served meals, and the food has surprisingly been amazing. They serve it in your room. It works for us as it means we don’t need to go out after dark. Our pattern has been to get back around 7ish in the twilight and then order dinner, shower, eat and then the evening is basically over. At the Islamabad hotel the guy that mainly served us was particularly attentive. Chai is often had after meals so if we hadn’t ordered it he’d offer when he delivered dinner and ask if we want it 20 or 30 minutes later. He also learnt we don’t use the milk so stopped putting it on the tray. In turn he taught us where to leave our tray out for him to collect so he didn’t have to disturb us again. Within a day we’d established this as our routine. It felt very comfortable and attentive. 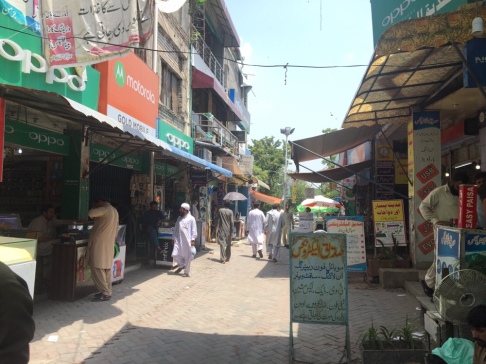 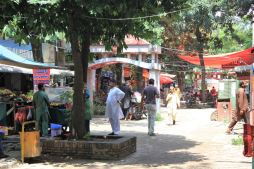 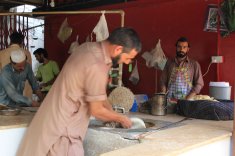 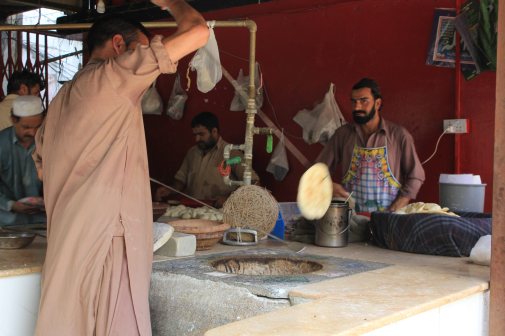 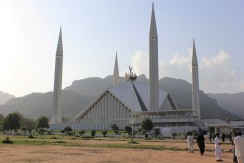 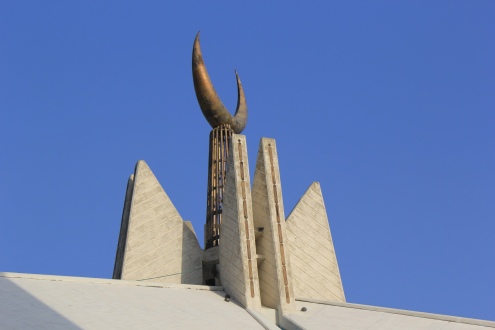 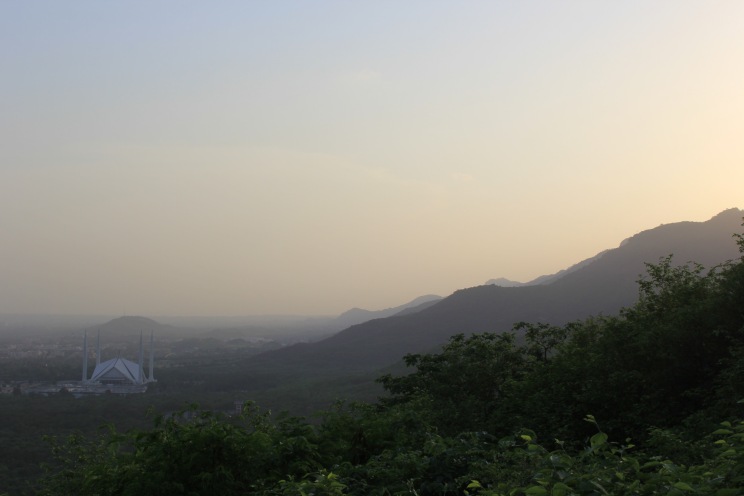