The pollution in Delhi was the worst we’d experience by far during the early morning taxi ride to the airport. It looked like fog, you could taste it and it hit the back of your throat to give an irritating cough. We hoped the air in Uzbekistan was a little bit clearer. Despite getting to the airport 3 hours before our flight we were greeted by the longest queue for a flight we had seen and we were quite convinced we were going to be the last but slowly the queue continued to grow behind us. The majority were Indian but there was one group of women who were clearly Uzbek. Marie peeled off the queue to sit to one side and one of them joined her. They asked if she spoke Russian – nope. English. Yes! But then it turned out she couldn’t speak any so it was a short conversation.

We eventually got directed to the queueless business class lane. Maybe because we were the only foreigners or maybe because as we had realised there was at least one tour group in the queue.

We had a slight panic when for the first time ever the women doing the pat down at the screening point made Emma take off her money belt and out it through the X-ray machine. She refused to leave it until she was reunited with it.

The flight path wasn’t direct, it skirted around the edge of the Himalayas. Emma decided to tell me how flight tracking showed that every airline flew around the Ukraine except Malaysian Airlines which continued to fly over it in the week preceding the plane being blown out of the sky. We were over Kabul at the time so I wasn’t thrilled by her choice of timing. I briefly wondered why we thought this was a good idea. 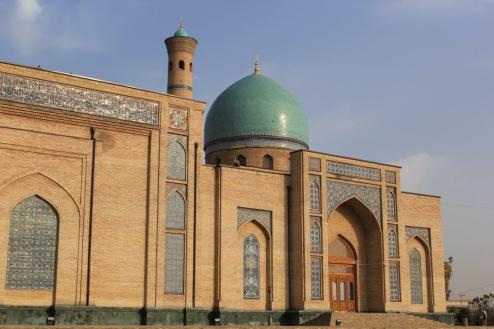 Arrival in Tashkent was easy, the guidebook warns to expect queues but Marie figured out the first queue we joined was for transfers not arrivals before most other people did so we got to immigration ahead of the queue. Our smugness soon disappeared when it transpires that the passport control couldn’t issue us our visas on arrival (which you can only get by having an already arranged letter of invitation and arranged for a visa in advance and then only if Uzbekistan doesn’t have an embassy in your country). The visa office was empty and the light was off. It took them a good 20 mins to raise the man that could issue the visa but then it was a quick simple process.

Everyone wants to know where we are from and people are very warm and friendly and helpful. 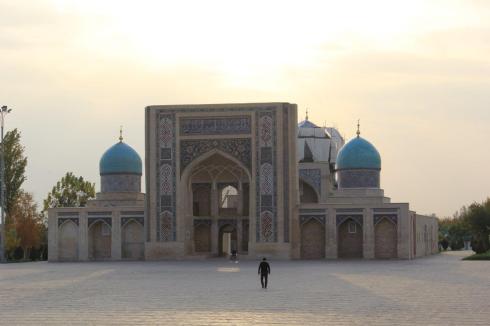 With limited time our plan was to head out to the furthest place we wanted to visit in the country and then make our way back to Tashkent. We decided to take the night train to Urgench, the jumping off point for Khiva, and after reading that tickets must be organised 3 day in advance we had found a tour agency to go through in advance of arriving. It made sense to also book an airport pickup with them and with a whole afternoon and part of the evening we’d arranged for them to take us to some of the sights in Tashkent to make use of the time.

It felt good being able to ignore the taxi touts and head straight out with our ride. Born and bred in Tashkent our guide was knowledgeable and passionate about his city . The skies were blue, fresh air blew in a slight breeze and it was a nice 28 degrees. We saw the world’s oldest Quran at the official religious complex (which was our first taste of Uzbek architecture), a monument marking the epicentre of a large earthquake in 1966, a couple of metro stations (as they are individually and uniquely decorated), the crying mother monument (war memorial), and to look at more buildings than is possible to list including the senate and some palaces, and the international convention centre. we had a walk down Broadway which is an upmarket shopping area and sat and admired the Opera House. 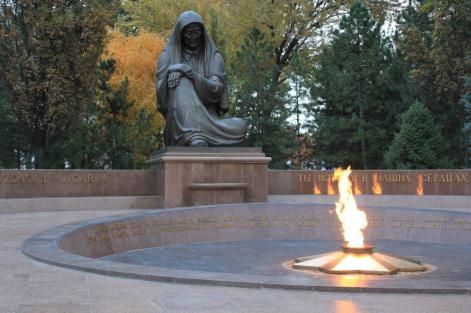 We also changed money with our guide. Uzbekistan operates on cash, apparently there are ATMs but they frequently don’t work and when they do you can only withdraw US$20 cash each time anyway, so changing with the guide was a convenient option.

We got dropped off at the train station which is a huge building, and like the airport, vehicles can’t get anywhere near the building so we took a decent walk to the passenger security check for bag searches. They were not interested at all in looking at us so we proceeded inside and had our bags xrayed, our passports and tickets checked and stamped and finally got into the waiting area where we set up camp with the other passengers.

Not a single sign was in English and we couldn’t decipher the tickets so this was our first taste of what travelling in Uzbekistan could be like. We soon figured it will just be a case of just asking people – English is very hardly spoken as they learn Russian as a second language but we were hopeful that if everyone was as approachable and friendly as the people we had met so far, with a lot of smiles and pointing and miming we would be ok. 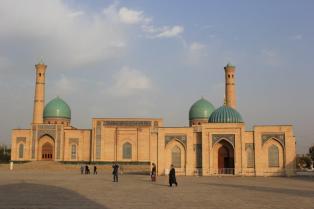 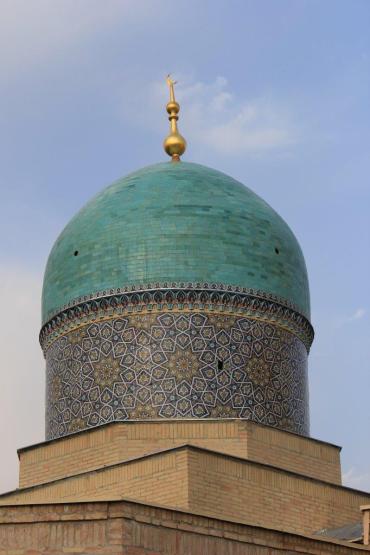 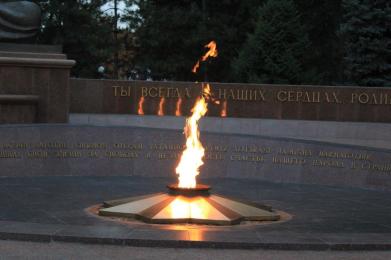 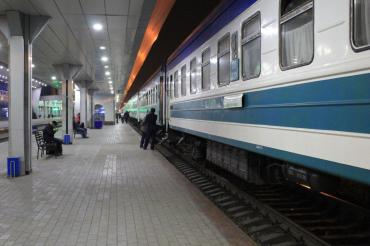