Saying goodbye to Bolivia after 3 1/2 weeks was actually quite sad because we have loved it but we were also excited to be heading to Peru. The border for Peru runs across the lake (which explains the presence of a Bolivian Navy in Copacabana – although it was very comical to see what they sailed around in), and is only 9km from Copacabana. 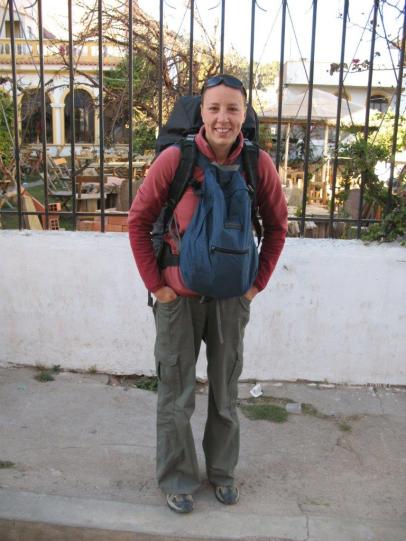 The bus drivers were efficient in getting all the gringos organised with passports and immigration slips and we were on our way. No sooner had we set off and we were getting off again into a shed like building to get stamped out of Bolivia, a swift non-event. We then walked across the border, a few hundred metres into Peru under a stone arch.

What a different place Peru is. We lined up in the pristine immigration building to be greeted by a caretaker type man who asked us all to wait a few moments (turns out the border officer was still eating breakfast as we had just turned our clocks back an hour). The building was obviously new and well maintained with tiled floor and cream coloured walls, a couple of photos of Peru’s top dog and some flags. We waited patiently and obediently as one should at a border crossing. Marie approached the desk first, was asked her name (even though it is obviously in her passport and on the form she had just filled in) and stamp stamp stamp, she was in. Emma approached stood there and smiled as she got the usual bemused look of oh you’re a female with short hair and then ‘so you live in New Zealand’, ‘yes’, stamp stamp stamp and she was in. So much for needing a Yellow Fever Certificate. The government has just announced no entry without one but ours weren’t checked. 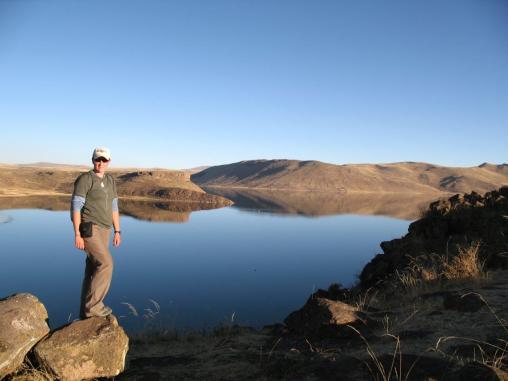 Peru generally is much smarter, better paved/tarmaced and way more populated than Bolivia, all of which is noticeable within the first few kilometres . Oh and there are many more gringos. We had expected all of these things but were most bemused to have a tout get on the bus and sell basically anything a travelling budget gringo might need i.e tours, accommodation, transport just before we got into Puno. Best of all while he is Puno based he could organise anything in Puno, Arequipa or Cusco. As we knew what price we were willing to pay, the location and type of accommodation we wanted we took up the offer of a free cab to the hostel he touts. We had a look at the place before accepting and once again were sorted out very quickly. Peru seems like it will be a combination of easy travelling and tourist hell, for sure they are much more geared up for the regular influx of tourists and there are many more of us around! 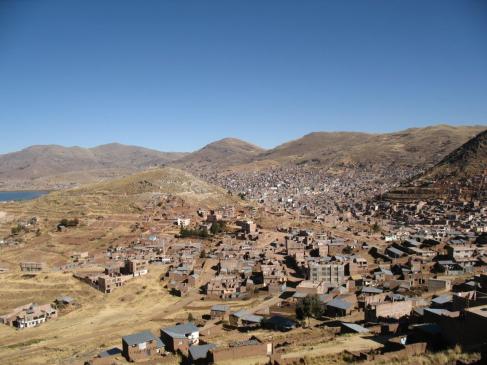 Puno is a reasonable sized town who’s main business is Lake Titicaca tourism. A perfect location for lots of western restaurants, lots of accommodation etc. We had a look round before heading out on a tour to Sillustani where there are some Incan and pre-Incan funerary towers. We were shown around the place by this barking mad guide – she really was a performer trapped inside a guide’s job. She explained lots and lots at very high speed and had us under control like a headmistress. The site was very beautiful though and the history of the tombs and the cultures that surround them also fascinating – even the bit about black/dark sex and how she prayed to penises…

Tomorrow we’re off on a tour of the Peruvian Lake Titicaca islands. 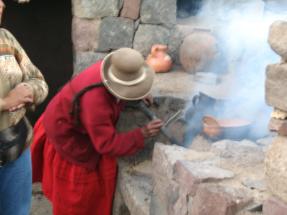 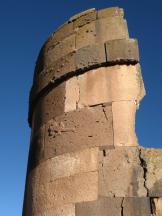 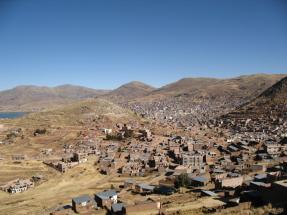 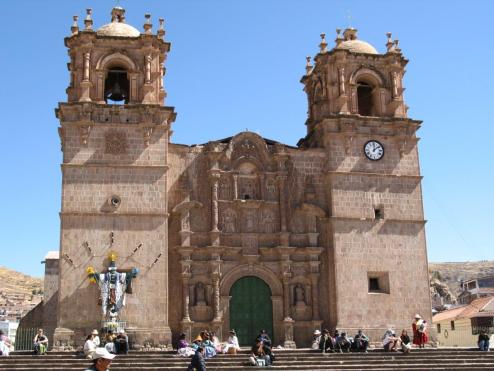 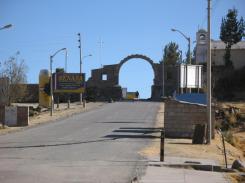 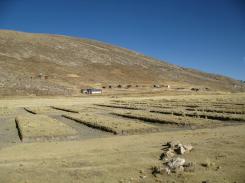 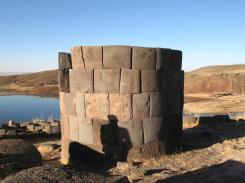 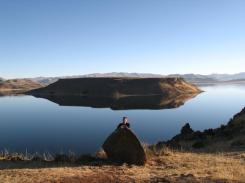 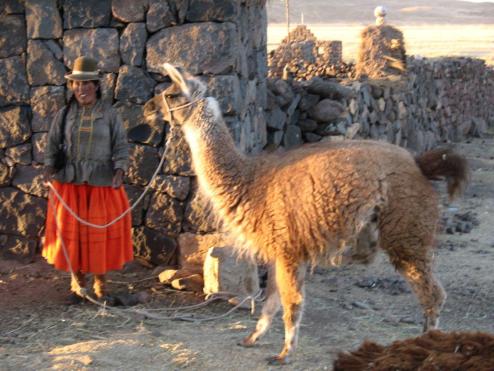