The journey to San Pedro was an 11 hour bus to Calama then another 2 hour bus. For the first time two other gringos got on our Calama bus (god knows where, it was sometime in the middle of the night). Of course they were also heading to San Pedro so we teamed up in Calama to find the bus station for San Pedro buses. Turned out to be useful because one of them is pretty much fluent in Spanish (they’re a Polish couple). After a good length brisk morning walk we’d soon purchased our tickets and were bouncing through the desert.

The Atacama Desert is the driest desert in the world, 50 times more arid that California’s Death Valley, some parts of it have never seen rain and in others the annual rainfall is just 1mm a year. It is a sparsely populated plateau and is usually described as ‘moon-like’ so much so that lunar rovers have been tested here. San Pedro is literally an oasis in the middle of the desert which sits at an altitude of 2440m. For us this is where the trip really starts.

We arrived in San Pedro mid-morning and started the search for somewhere to sleep. There were a couple of touts at the station so we just got a price off them as a guide and the 4 of us headed into town (its low season here which means we could basically pick where we wanted) as we walked down the first street we were approached by a woman who said that she’d do us a couple of rooms for 4,000 pesos each without breakfast.

A quick tour of a few places in town confirmed that the touts rate of 5,000 pesos each was the going rate so we both opted for the cheaper option and headed back to the first place. So Anya and Cubar became our neighbours for a couple of days (no idea how to spell their names).

We spent the rest of the first day exploring the town (its not very big, population approx 5,000) and had a walk out of town to watch the sunset, before having dinner and doing the rounds of the tour agencies to see what was on offer.

We decided to only do one of the usual tours – to El Tatio geysers – as we didn’t want to only see the desert from some form of bus, so first we decided to go horse riding to really get into the desert. We opted to go on a 3 hour trek to ‘Death Valley’. There was just us and our guide. Marie asked for a donkey having only really ridden once before (and then she’d had to resort to clinging onto the seat for dear life when the horse decided that it was going to canter) and she did seem to get the most obedient and oldest horse. Emma’s was more lively except on the way back when it turned into a plodder. We did canter twice and Marie’s horse skills improved drastically through necessity. We went up through Death Valley to the top for panoramic vistas and back down in a loop. The pictures say it all really. The rest of the day was spent nursing saddle soreness.

On the third day we had to get up at the ungodly hour of 3:30am to be ready for a 4am pick up to go to the geysers, which are a bumpy 2 hours from San Pedro (they warn you that the road is really bad when you get on the bus and recommend that you sleep there – yeah right!). We’re used to NZ gravel roads so it was bumpy but fine. At 4200m it is the highest geyser field in the world and the third largest with over 80 active geysers (none very big though). They say that the geysers are at their best between 6-7am and when we arrived at just gone 6am it was a cool minus 11 degrees. If you want to see a lot of steam then they are right about the time, but our best photos were taken after sunrise.

For us the best bit was its location and the surrounding mountains and volcanoes. The journey back was amazing and we stopped at a tiny rural Andean village (together with all the other tours!) which most inhabitants have left to find work in San Pedro and Calama, the current population is 6 people all catering to the tour buses daily stop. We had a chuckle at the solar panels on the roof of every house, very authentic… We also saw our first llamas and first proper cacti.

We had planned to only spend 4 days in San Pedro before crossing into Bolivia, but this is day number 7 and we’re still here and aren’t sure when we’ll be leaving… 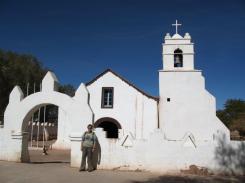 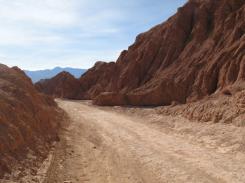 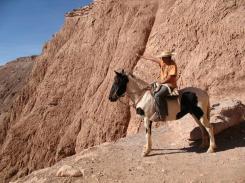 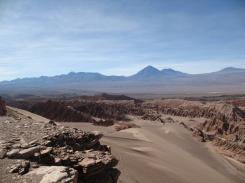 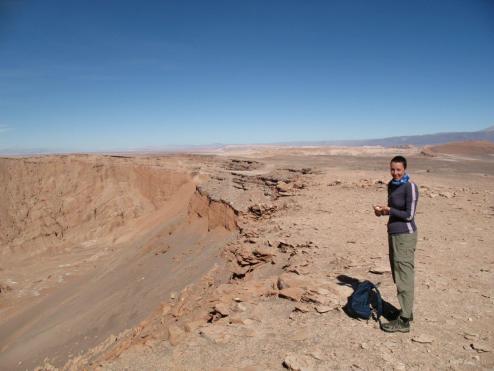 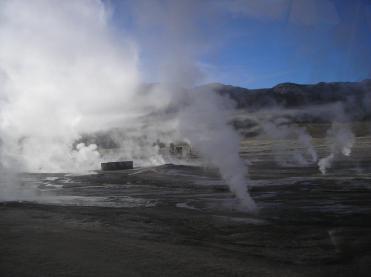 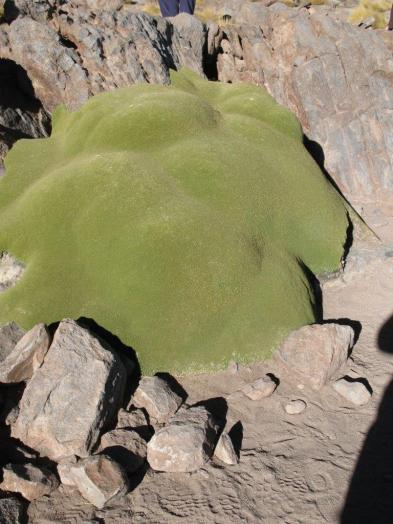 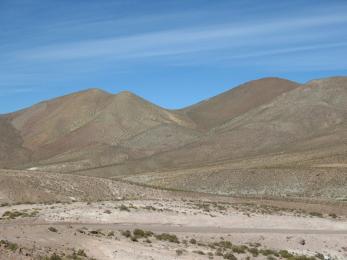 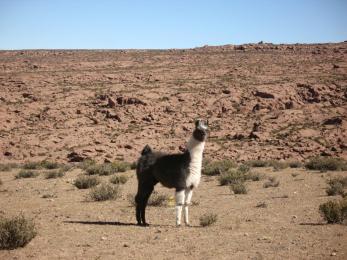